January 20, 2014
Today is Martin Luther King Jr.'s Birthday! A day that is honored by
the government by no mail delivery or banks opened and the kids
get this day off from school. Who is MLK Jr.? Why does his birthday
get celebrated by the nation? Well let's learn together because I really
don't know I wanted to do some research and learn my history so
you could know your history too. If you know more than I post feel
free to comment below and I'd love to learn more. 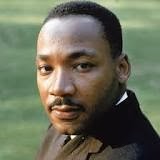 For more than ten years, King’s inspiring speeches (he gave more than 2,500 in his lifetime) earned him followers across the United States and internationally. He traveled millions of miles; led protest marches, sit-ins and boycotts (which often led to his arrest) everywhere he saw racial disparity; published five books, numerous articles and essays, including the “Letter from a Birmingham Jail,” now famously known as the call to action for the civil rights movement; and won the Nobel Peace Prize in 1964.
Yet King is perhaps best remembered for delivering his 1963 “I Have a Dream” speech in front of a quarter of a million people in the Mall in Washington, DC. His famous line, "I have a dream that my four little children will one day live in a nation where they will not be judged by the color of their skin but by the content of their character," still resonate today.
Five years later, he was killed in Memphis, where he was to lead a protest march--shot by an assassin while standing on the balcony outside his motel room.
Today we celebrate not only Dr. King's life and accomplishments, but also the movement he was part of, and the continuing struggle to extend rights and dignity to all Americans.
full article at: Who Was Martin Luther King Jr.?
birthday celebrate civil rights martin luther king jr peace prize